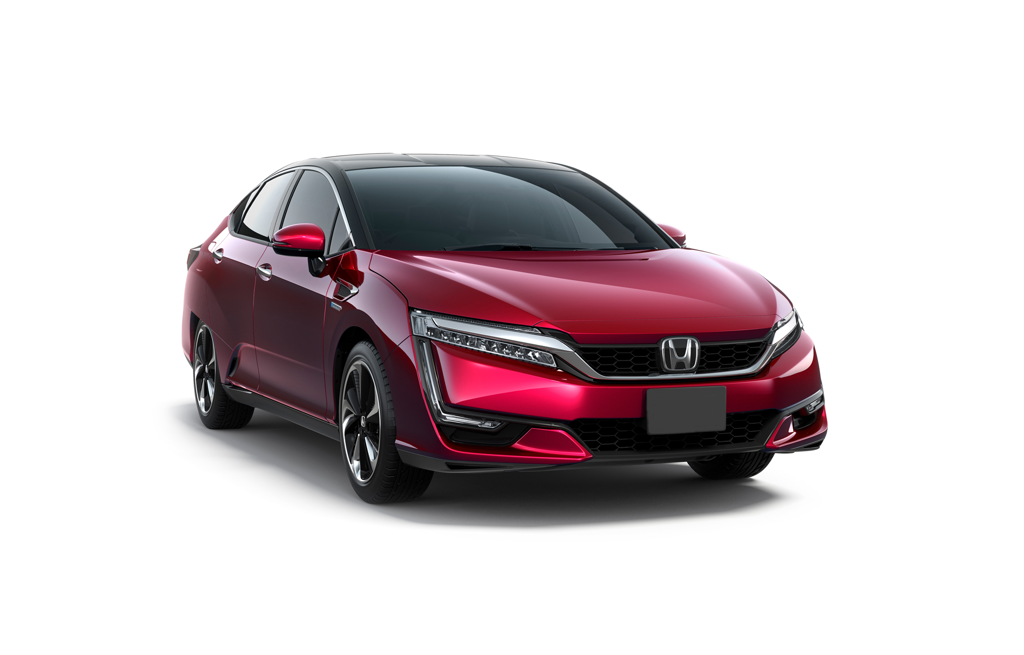 Honda FCV to debut at the Tokyo Motor Show 2015

Covering the largest floor area of any single brand at the show, Honda’s stand highlights the diversity of its current product line-up and includes innovative mobility solutions designed to improve the day-to-day lives of Honda’s customers. This broad portfolio of models is united by its global brand slogan – The Power of Dreams. Highlights include the first chance to see its all-new fuel cell vehicle, provisionally called the FCV, the all-new NSX hybrid supercar and a range of racing machines from a range of international race series.

Honda’s original technologies have made the tentatively-named FCV, the world’s first production model of a fuel-cell powered saloon to house the entire fuel-cell powertrain in the space normally occupied by the engine and transmission. This powertrain layout has enabled a full cabin package that seats five adults comfortably. Moreover, the all-new FCV features a cruising range of more than 700 km while exhilarating driving is made possible by the high-output motors. The Japanese specification FCV can also act as a mobile power plant thanks to its external power feeding inverter, meaning that it will generate and provide electricity to communities in the case of an emergency.

Following strong sales in Europe this summer, the all-new Civic Type R will make its Japanese debut at the show. Produced at Honda of the UK Manufacturing in Swindon, sales in Japan of the all-new Type R will commence later this year.

Honda will be exhibiting several concept models, including Honda Project 2&4 powered by RC213V, which made its global debut at the Frankfurt Motor Show in September. Designed to deliver an immersive driving environment, Honda Project 2&4 utilises Honda’s experience to provide the freedom of a motorcycle and the manoeuvrability of a car.

Other concepts on display that address the challenge of future mobility are Honda’s WANDER STAND and WANDER WALKER. Both have been designed to explore the joy and freedom of mobility, and the WANDER WALKER was specifically designed to manoeuvre freely among pedestrians.